Rationale: Mold growth on building materials can be an exposure risk for atopic individuals. The gas chlorine dioxide is an effective fungicide but is unstable. Vital oxide (VO) is an aqueous solution containing either 0.2% or 0.5% chlorine dioxide in a stabilized form. The goal of this investigation was to determine the effects of VO on fungi commonly found growing on building materials.

Methods: Ceiling tile and sheetrock squares (36 cm2) were sterilized and then saturated with either sterile distilled water or various concentrations of VO. Saturated squares were inoculated with a spore suspension of one of the following fungi: Alternaria alternata, Aspergillus fumigatus, Aspergillus versicolor, Chaetomium globosum, Penicillium sp., and Stachybotrys chartarum. Cultures were incubated at room temperature for up to eight weeks. Spray applications of VO were also tested on ceiling tile squares inoculated with Asp. fumigatus or S. chartarum. Spore germination of all six species was evaluated in Sabouraud’s broth with and without VO for 96 hrs. 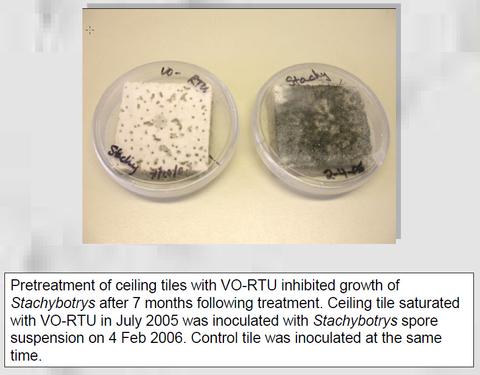 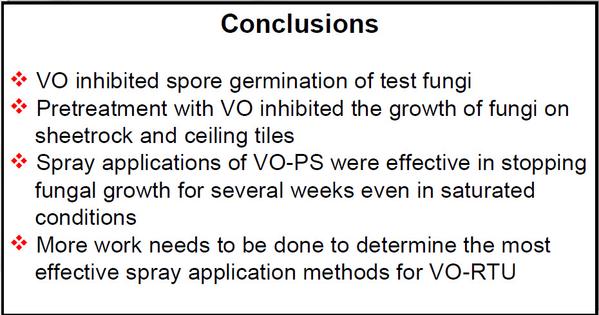 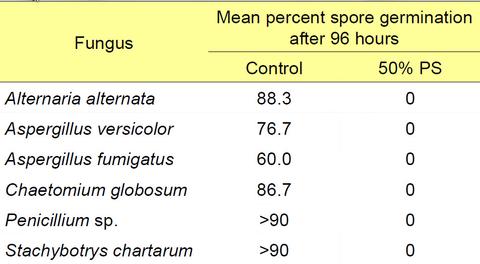 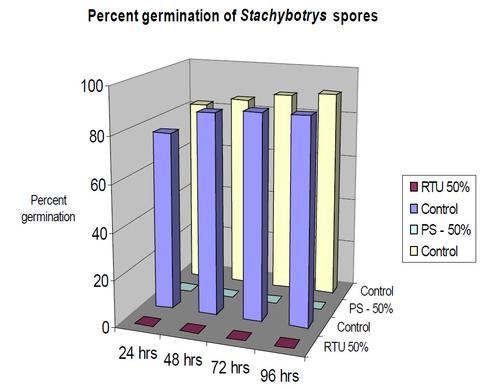 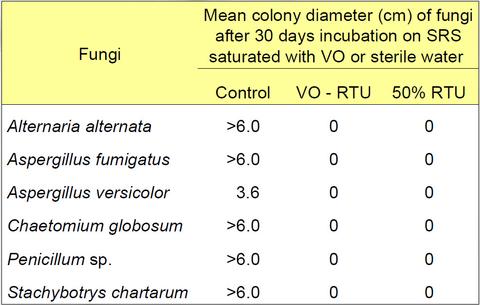 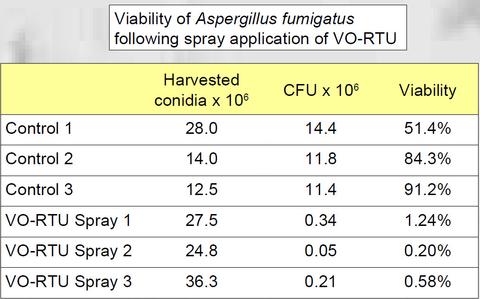 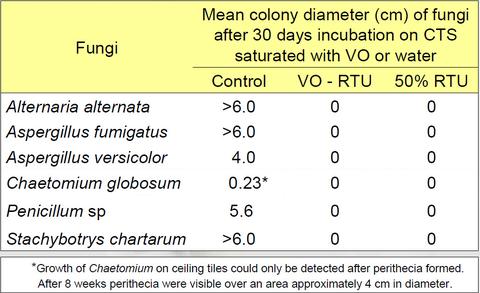 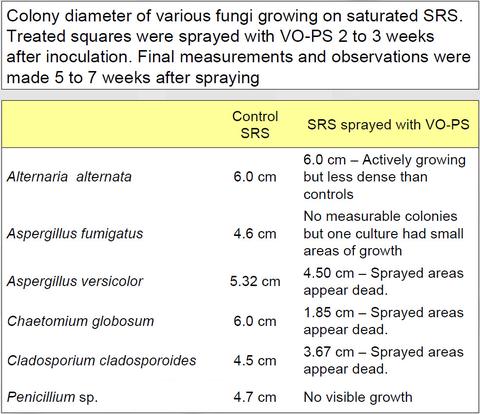 Free shipping for orders of 4 gallons or more Dismiss